These aren’t actually the first vegetables – I picked two cucumbers on Saturday. This group includes some cucumbers, cayenne peppers, jalapenos, and a banana pepper.

I think I picked the banana pepper too early. In my head it was called a banana pepper because of how large it could get, but I think it’s actually called that because it is supposed to be yellow. Whoops.

I took a little bite of one of the cayenne peppers. Very spicy.

I’ve been messing around with Ashley’s new camera, trying to take some professional-looking pictures. The camera is pretty great but I’m learning that it’s definitely no substitute for skill. Skill which I lack. Still, I get better looking pictures than I would with a lesser camera. 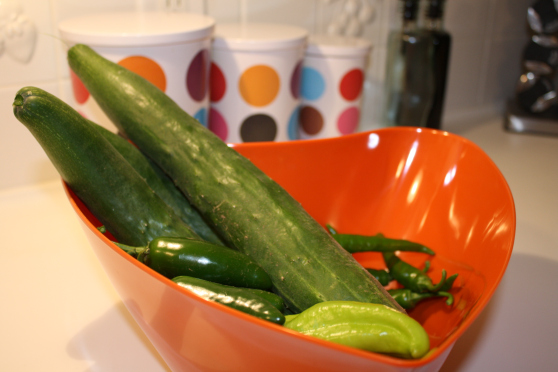 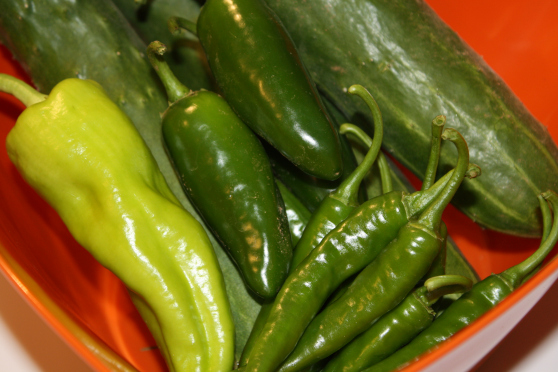 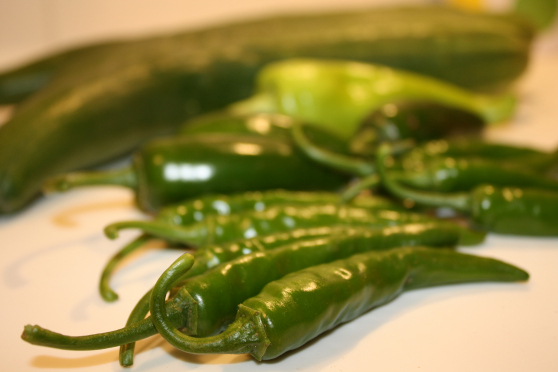 There's a good chance that side-by-side multitasking[1] is coming to the iPad. There are lots of reasons to suspect this, including credible [http://9to5mac.com/2014/06/09/ios-8-code-shows-ipad-split-screen-maps-transit-in-the-works-health-interface-changed-late-in-development/] rumors [http://9to5mac.com/2014/05/13/apple-plans-to-match-microsoft-surface-with-split-screen-ipad-multitasking-in-ios-8/] and Apple's recent focus [http://finance.yahoo.com/news/apple-ceo-tim-cook-optimistic-210551

Ben Thompson has a great piece [http://stratechery.com/2014/apple-watch-asking-saying/] on Apple's failure to articulate "Why" when introducing the Apple Watch. On Twitter, someone else [http://twitter.com/natbro] pointed out that in the same press conference, they did articulate the "Why" for Apple Pay. He's right, they did.