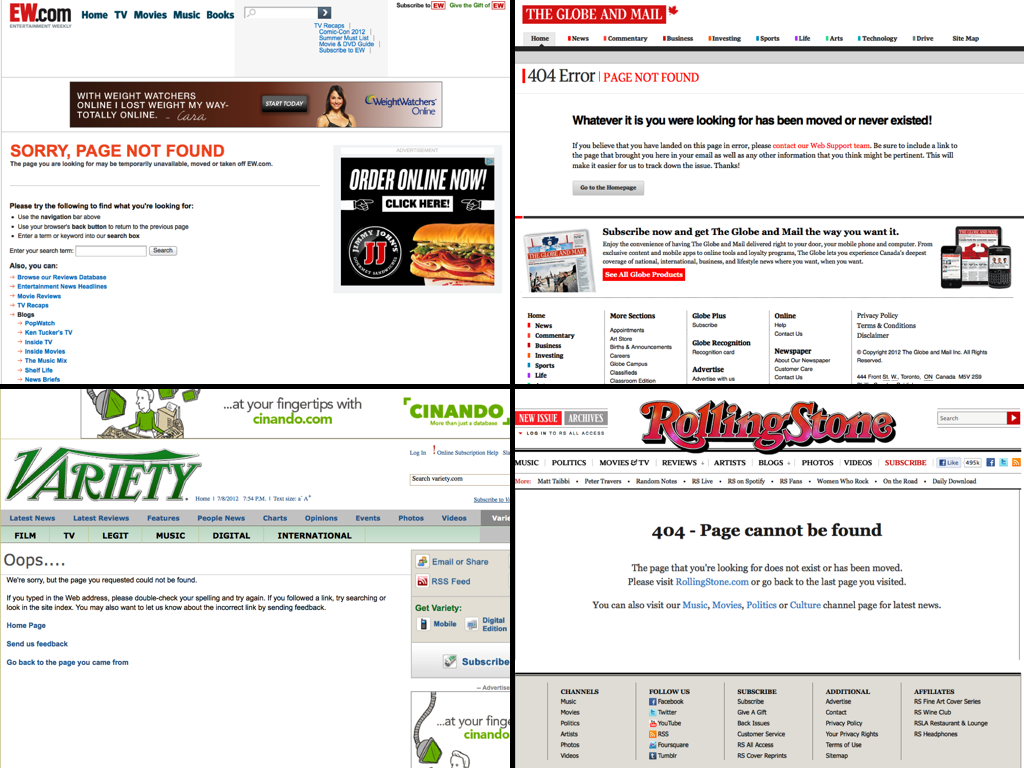 Here’s just one small example. I saw Forrest Gump on TV last night. I often like to read reviews of movies I have seen as a kind of substitute for those pleasant after-movie chats with friends, so I looked it up on Metacritic. The movie was listed, and excerpts of reviews were there, but almost every link to a full review was broken. And these were big sites – Variety, Entertainment Weekly, and Rolling Stone, among others.

Forrest Gump came out in 1994, so perhaps that isn’t the most compelling example. But here’s another one. Recently I was reviewing some old emails and found several that I’d written to myself as notes for future blog posts. Each email had one or two links. Most of the links were dead. The oldest of these emails was from June 2008. That’s just four years ago. Hardly forever.

Some of these dead links can still be found via services like the internet archive, but not all.

The idea that the web doesn’t forget is generally talked about in the context of exercising caution with the images and words you choose to put on the web. That’s sage advice. But don’t take it too far. Don’t think that just because you posted something on the web you no longer need to concern yourself with keeping your own copy.

When you get down to the truth of it the web isn’t made up of anything new. It’s still humans and the elements – copper and oxygen and silicon, which we’ve just happened to combine and layer with such complexity that we can almost believe it is self-sustaining. It’s created by people that sometimes forget to do backups who work for companies that change business models (or go out of business completely) which use software that has bugs that runs on hardware that deteriorates and eventually dies.

Most of the time, unless there is money in it, everything eventually goes away.

There's a good chance that side-by-side multitasking[1] is coming to the iPad. There are lots of reasons to suspect this, including credible rumors and Apple's recent focus on pushing the iPad in the enterprise. Perhaps the most compelling evidence, however, is that there is already code in iOS for

Ben Thompson has a great piece on Apple's failure to articulate "Why" when introducing the Apple Watch. On Twitter, someone else pointed out that in the same press conference, they did articulate the "Why" for Apple Pay. He's right, they did. But the problems they demonstrated